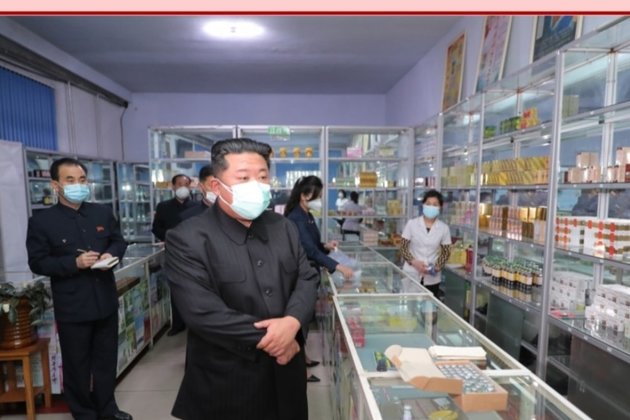 Official KCNA said Monday that another emergency meeting of the Workers' Party political bureau was held the previous day, where leader Kim Jong Un heavily criticized a delay in the transfer of medicines from state reserves to pharmacies, which were instructed to be open 24-hours-a-day over the weekend.

It said Kim issued an order to mobilize the People's Army resources, including that of its medical personnel, to support the drive to stock pharmacies in the capital, Pyongyang. Kim called for "vigilance in the acute anti-epidemic war," reprimanding the Cabinet and public officials for their "irresponsible work attitude and executing ability."

North Korea had raised its COVID-19 readiness to a "maximum emergency epidemic prevention system" last Thursday when for the first time in the pandemic, it recognized the presence of the "malicious virus" within its borders. Analysis of samples taken from a group of fever-ridden people in Pyongyang produced one case of the coronavirus subvariant BA.2, also known as the "stealth" omicron variant.

North Korea appears to be limited in its testing capacity as it has not confirmed additional COVID-19 test results since then, though it has issued daily reports of its understanding of how the "explosive" spread of the fever of unknown origin is growing.

KCNA said, during on-site inspection of local pharmacies later Sunday, Kim found them to be in sub-quality condition, lacking storage space other than the display cases and some pharmacists not wearing white gowns.

North Korea's official television station over the weekend offered self-treatment advice such as keeping mouths clean by frequently rinsing with salt water. Its main broadsheet, Rodong Sinmun, also encouraged people to take fruits rich in vitamin C and to avoid grilled and oily foods that are harder to digest.