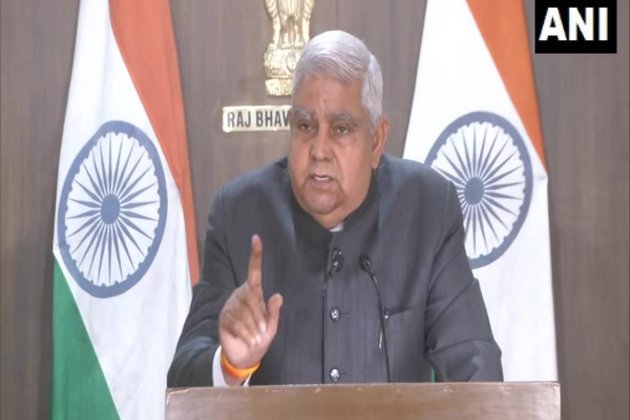 Kolkata (West Bengal) [India], January 13 (ANI): West Bengal Governor Jagdeep Dhankar on Thursday expressed grief over the loss of lives in the derailment of Guwahati-Bikaner Express train near Jalpaiguri in the state. Three people were killed and at least 20 injured in the mishap that took place this evening.

According to initial reports 3 people were killed and 20 injured in the mishap.

"Sad to hear Bikaner Guwahati express derailed near Jalpaiguri with reports of deaths and casualties. Gathered that all agencies @RailMinIndia @RailNf @MamataOfficial are rendering full assistance and rescue operations are on and injured are being well attended," said Dhankar in a tweet.

In a tweet, PM Modi said: "Spoke to Railways Minister Shri @AshwiniVaishnaw and took stock of the situation in the wake of the train accident in West Bengal. My thoughts are with the bereaved families. May the injured recover quickly."Indian Railways announced an ex-gratia of Rs 5 lakh for the family members of people who lost their lives in the incident took place near Domohani (West Bengal), this evening. The injured have been taken to Jalpaigudi District Hospital and New Moinagudi district hospital.

"NDRF's two teams have been dispatched and will reach shortly," NDRF Director General told ANI. Some estimates suggest that as many as 12 coaches suffered damage when the derailment took place. (ANI)

Snow storm closes much of Greece, including Athens

ATHENS, Greece: A severe snowstorm that swept across the Mediterranean region has stranded thousands of motorists on a motorway in ...

BRUSSELS, Belgium: A European Union watchdog, the European Court of Auditors (ECA), has warned that the EU faces considerable economic ...

AMSTERDAM, Netherlands: Dutch military police have confirmed that a stowaway, a 22-year-old Kenyan man, was found alive in an aircraft's ...

Viking boats to be protected by UNESCO

DUBLIN, Ireland: Minister of Foreign Affairs Simon Coveney has said he will discuss with his EU counterparts Russia's intentions to ...

With end of restrictions, Irish holidays to jump in price: experts

Snow storm closes much of Greece, including Athens

ATHENS, Greece: A severe snowstorm that swept across the Mediterranean region has stranded thousands of motorists on a motorway in ...

BRUSSELS, Belgium: A European Union watchdog, the European Court of Auditors (ECA), has warned that the EU faces considerable economic ...

FORT PIERCE, Florida: The U.S. Coast Guard is searching the waters off eastern Florida, with hopes of saving 39 missing ...

BANGKOK, Thailand: In a landmark move, Thailand, on January 25, emerged as the first Asian nation to decriminalize the use ...

TAIPEI, Taiwan: In its largest sortie in 2022, China sent 39 warplanes towards Taiwan on January 24, amidst tensions over ...

PARIS, France: Under the latest COVID-19 rules adopted by the French government, leading tennis player Novak Djokovic could be allowed ...